I've done a little bit of bicycle touring over the years, and this is the place where I've decided to collect all those tours. Unfortunately, due to an inopportune dual disk failure, the 2004 Bicycle Tour of Colorado pictures have been lost.

Essays on Cycle Touring: Items without links are To Be Written/Documented. Newer tours will probably show up first on my blog.

I've written a book about bicycle touring called: Independent Cycle Touring. I think it's the best book on bicycle touring ever written. If you would like to have your own bicycle adventure, this book is a great resource. 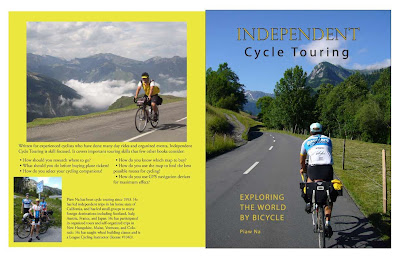